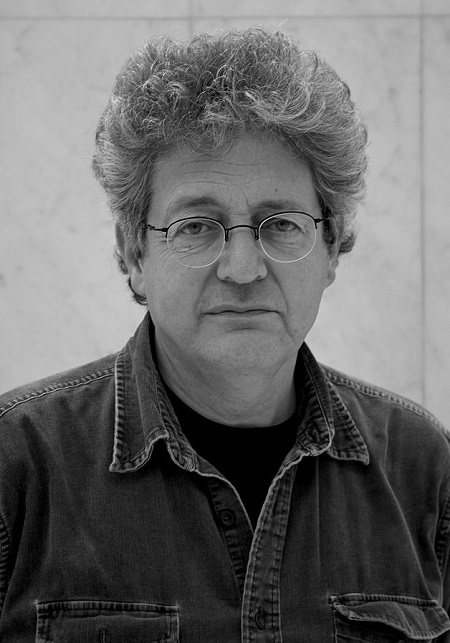 Georges Bensoussan’s Moroccan-Jewish family was forced to emigrate to France. As a historian, he has specialized in the Jewish history of Europe. He has also studied anti-Semitism among Muslim immigrant children for more than 20 years. He documented France’s „lost areas“ – the suburbs, the migrant social centers and the aggressive Islamism that exists there. Many politicians and the media remain in denial about these subjects…

Mr. Bensoussan, for some time now, when reading and listening to French media, there is a feeling that a new postmodern language is in vogue. How has this happened?

There is a new language aimed at obscuring reality behind words that mean the exact opposite of what they are saying. The new language wants the listener to doubt his own opinions and so be persuaded that the perceptions of the party, the organization, the elite – that this new „public opinion“ – is really just common sense.

Can you give some examples?

The term „sensitive neighborhoods“ has recently been introduced. This refers to areas where law and order are no longer enforced. Then we have „priority educational districts“: places where education is neglected and where the population is given little help. We hear about „skilled workers“ – everyone knows that this refers to workers who lack any specialization. In addition, the term „social plans“, which means exactly the opposite: unemployment and the transition to an anti-social instability.

There is also the new term »racisé«. What does it mean?

Anti-racists propagate the idea of ​​“racized“ or to racialize so reviving and reshaping the old concepts of race and new life. As a result, racism has been energized in new ways. As far as anti-Semitism is concerned, people believe that it is now tolerant and compassionate to reject Jews in the cause of anti-racism. This leads to the paradox of ostracizing the State of Israel, as a „lesson from the Shoah“ (can one speak of a lesson in relation to this catastrophe?). This really means that the Jews should be expelled from humanity again.

This ’new-speak‘ is supposed to gloss over an oppressive reality, even negate it.

Yes, some of the media and some politicians do not want to admit that the situation is explosive. Many of them know this, but they are frightened of adding fuel to the fire if they say so openly because this might ignite the deprived ‚ghettos‘. The French political class left and right fear a repetition of the riots in 2005, which continued for three weeks, and were repeated on a lower scale in 2007.

Could the next upheaval be more violent than the last two?

Politicians are aware that the next upheaval could turn into an uprising. You would no longer be dealing just with Molotov cocktails, but with weapons of war. The widespread illegal trade in weapons is well known, it takes place alongside the drug business. The political class and the security services are aware of this-the resulting uncertainty does not encourage openness, but instead, denial.

Yes, this is seen within the justice system, so called ‚dérapage‘. This term is very eloquent, since it presupposes that there is something like a politically correct way of thinking. This creeping tyranny, this surveillance of language, leads to the general restriction of public opinion.

Do you think this is currently happening in France?

There is a dark soul within many French people, their pessimism, if not their hopelessness, contrasts with the mentality of many of their neighbors-even where economic and social conditions have deteriorated, such as in Italy. I am convinced that the silent depression that is wearing these people down is related to the censorship that is imposed on every word that does not conform to the standards of the so-called ‚Thought Police‘.

The „UN Special Rapporteur for the Promotion and Protection of Human Rights and Fundamental Freedoms in the Fight against Terrorism“ has criticized French anti-terrorism laws because they target Muslims; New Yorker Magazine has referred to this.

The Special Rapporteur overlooks the fact that it is Muslims who commit these acts of terrorism. Above all, she overlooks the fact that they are not being prosecuted as Muslims, but rather as terrorists. The special rapporteurs‘ nonsensical conclusion not only makes the world more opaque and incomprehensible, it also creates confused thinking, and incites violence. Because, I repeat, the law does not discriminate against Muslims, it is directed against terrorists. It is not the legislator’s fault that these terrorists are Muslim.

How do the Jews who live in the suburbs, react to anti-social Muslim neighbors?

With what is called the „inner alia“.

Does that mean they leave the problematic neighborhoods and move away to other parts of the city or regions?

Yes, they are safer there. For example, 80 percent of Jews have left the Department with the most problems – Seine-Saint-Denis in the north of Paris – during the past ten years.

So their first reaction is moving away – not necessarily abroad, but to quieter areas?

For example, in Paris, in recent years, the 17th arrondissement in the northwest of the city has become France’s most important Jewish quarter with 40,000 inhabitants, with a variety of kosher grocery stores, butchers and restaurants.

Would the next step be emigration to another country?

Between 2000 and 2018, 52,000 Jews departed for Israel, and we do not know how many emigrated to Québec in French-speaking Canada. Nobody denies the cause, which is anti-Semitism. However, the anti-Semites themselves are untouchable. The dead Jews are honored so that the living can be better forgotten. It is a pathetic display of defeat, combining denial and cowardice.