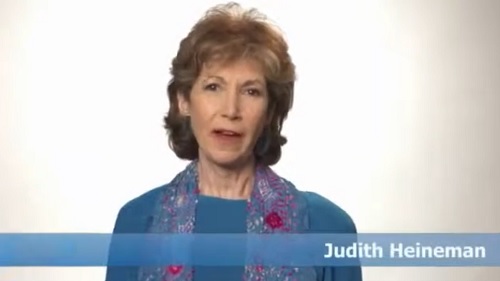 When I was 8, I played Snow White, and the Prince refused to kiss me!

I lay there, waiting. My heart palpitating. Psst! Kenny!  Kenny! You are supposed to kiss me. NOW!

I lay there waiting…  on a hard, narrow, wooden bench taken from the seating area in the social hall.

I may not have know what the word “improvise” meant, but I awoke from my poisoned slumber and chased Kenny Epstein, the cutest 9 year old in camp, around the wishing well! Kenny Epstein, my Prince Charming was not escaping without a kiss. Well, He kissed me, …  on the cheek.

This Snow White took place in a summer Bungalow Colony, Mirth Colony in Mountaindale, NY.  In the Catskills. We lived in the smallest bungalow, a one-room unwinterized bungalow with a screened-in porch. It was the first bungalow in a long line of bungalows leading up a grassy hill.

That summer, my grandfather, Oscar Markowitz, who was about 75 at the time, was taking care of me. My mother worked in the city and came up on weekends to visit.

I was so excited after rehearsal that I ran home to that bungalow, we came home for lunch, I slammed that screen door and I shouted,

“Grandpa, Grandpa, when I grow up I am going to be an actress!

He turned from the stove, a blackened frying pan in one hand and a dish rag in the other and just looked at me…..with the strangest look. His herniated belly followed a moment later. He didn’t say anything. And then he turned back to burning my lunch.

That weekend my mother came up to see me as Snow White!  My hair was in a perfect page boy, tied with a blue ribbon, peasant blouse, puffy sleeves, dirndl skirt,. And I said, “Ma, Ma, when I grow up I am going to be an actress! (even if the prince refuses to kiss me). And she said,  “An actress? Why do you want to be an actress?   between puffs of her pack-a-day unfiltered Pall Mall cigarettes.  You’ll never make a living as an actress, Forget this Narashkeit, this foolishness, and think of something practical to fall back on… like being a teacher! Cousin Jenny, during the Depression, was a teacher and her family never went hungry. So be a teacher and forget this foolishness.

Well, something must have penetrated, because I did become a teacher. [A HS English and Journalism teacher]  at Washington Irving HS near Gramercy Park. Gramercy Park was near the West Village and the East Village, the hey day of the off and off-off Broadway movement.

So I would teach during the day and clutch Backstage, the casting newspaper, under my arm and audition. And I would perform – in strange places! I would perform in storefronts, art galleries, black boxes and sub-sub basements. And I would say to myself, “Why? Why am I doing this?  What is possessing me like a Dybbuk or something, grabbing me around the neck and not letting go?  I have no role models, no one in my family is an actor, so why am I doing this?

And there I was, downtown NYC, on the lower east side, Second Avenue, going into Ruth Malaczeck’s sub-sub basement experimental theatre and it HIT ME!

My foot froze on the stair.

And at that moment  his voice came flooding back to me – singing to me in a stentorian voice, in a language I didn’t understand.

Then I remembered.  He said he was singing King Lear, in Yiddish. He was an actor, and he must have been a very fine actor, because the Rothschild Banking Family, that dominated all the capitals of Europe in the 19th Century, sponsored HIS acting troupe to escape from Romania, to play in all the cities of Europe until they came to America. [His was probably one of the first corporate sponsorships – and we know how hard it is to get Arts Funding today! ]

So he had to have been a very fine actor to be bankrolled across Europe. But they were not going on an international tour.  No. The Rothschild’s were helping these Jewish actors escape from the religious persecution, the poverty and the bloody pogroms that plagued Romania and Eastern Europe at the end of the 19th and beginning of the 20th Century. Pogroms: government sanctioned race riots against the Jews. (They were constant targets of racism and violent riots condoned by law! ) What future could he have when legislation deprived Jewish children from a public education.  And without political rights, only open to non-Jews, it was almost impossible to pursue a career. Overnight, he saw examples of more than 40% of Jewish working men become unemployed.

But still, to leave all he knew behind for an uncertain future??

At that time when immigrants went to the theatre they did not go to sit back and be entertained!

Oh, no!  It was a temple of learning.  An education.

The families would drag their children to the theatre and they would say, “See, See – that man suffering on stage. See how his children neglect him! That’s what you are doing to us, you ungrateful first generation American children! If only, you could learn how to respect us and cherish the old traditions the old ways …

His acting was his passion,  and his salvation.  He made his way to Canada. When he had five dollars in his pocket, he was allowed to enter the United States.

My grandfather sang to me in a language I didn’t understand.  He told me of the Adlers and a The Schiffs (and a young boy, Muni Weisenfreund, who put on a crepe beard and convicted audiences he was a man in his 80’s. Later known as Paul Muni.)

Then on the lower East Side he met a lansdman, a neighbor, a friend, from the Old Country and they fell in love –  Dora –

Her feet were firmly planted on the ground. Not like that New Colossus standing in the harbor

shining her beacon on the Golden Door, that my Grandfather passed through on his way downtown, to Second Avenue, NYC. The Lower east Side, the “Hey Day” of the Yiddish theatre!

Dora’s feet were not on a pedestal of Poetry.

“Papa, Papa.  This is Usher Marcu and he has asked me to marry him. Uh, uh….  He’s an actor! A very good actor, an actor in the Yiddish theatre.”

Her father spewed forth curses in Yiddish, saying,

“No daughter of mine will marry an actor! An actor is a gonif, a thief, the lowest of the low. Tell him to do something respectable, to have something  practical to fall back on and forget this “narashkeit,”  this foolishness,  if he wants to marry you.”

How could he choose? His acting had saved his life. If he married her, would King Lear be silenced?  Yet, Dora  held another promise  — of a new family, the only family he would have in the New World.  What should he do? Close his throat? Give up his acting for this woman?

He compromised and gave up this “narashkeit.”  He became a “respectable” and often unemployed House Painter. He wasn’t an ordinary house painter, to be sure. He gilded coffered ceilings and stenciled beautifully by hand:

While designs for his own

In a sienna portfolio

And he was bitter and frustrated for the rest of his life.

Except, when he would sing to me in a language I didn’t understand.  I would sit at his knee and he would become  a young man of 19 again in 1900, a whole century before him holding the promise of anything he could imagine.

He would sit on his throne – a grey brocaded armchair with fringes along the bottom. His chest would rise, his head held high as he sat there holding court  in his 3rd floor rent controlled,  Bronx apartment.

And his hands, steady, even in his 90’s, full fleshed, strong fingers ending in unusual moon shaped nails, raised high, as he railed to the heavens,  singing in a language I didn’t understand.

Singing all the pain and suffering of  King Lear.

I may not have known what each word meant individually. But his song still sings inside me in a “mamaloshen,” a mother-tongue,  that needs no translation.