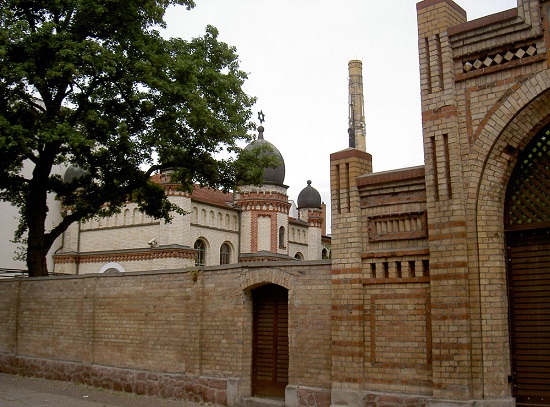 A Call to Uncover Right Extremist Networks in Germany…

The following translated excerpt from Esther Dischereit’s Op-Ed in Der Standard provides introductory context for a public protest statement published in the wake of the murders in Halle. I.D.

The murder, on Yom Kippur (October 10th, 2019), of two German citizens in Halle, one outside the synagogue that was the perpetrator’s initial target and another by a nearby Döner bistro, echoed other terror attacks on minorities. These are always described in the German media as acts of an individual perpetrator. Actually, these attacks are carried out by networks. Germany faced the murders of the so called NSU (National Socialist Underground) before the attack in Halle. This series of attacks — committed between 2000 and 2007, that left nine Germans from immigrant families and a policewoman dead as well as many injured from a bomb attack in Cologne — was finally uncovered in 2011. At the trial in Munich, which drew to a close in summer 2018, the sole surviving perpetrator Beate Zschäpe was sentenced to life imprisonment. For the victims’ relatives in particular, the ruling left the question unanswered as to why, for 13 years, the security authorities failed to recognize the crimes are serial in nature and to stop them, and why the other co-defendants got away with minimal prison sentences.

It was clear that the court had endeavored to limit the circle of offenders to the so-called core trio and their most immediate contacts. Further investigations were not carried out, for example, in the context of a target data list of the right-wing extremists, which had been found and which identified 233 targets related to Jewish institutions, and a much greater number of targets related to immigrant communities, politicians and political parties and union offices.

In this context, it remains a germane fact that the perpetrators of the National Socialist regime remained largely unpunished. This culture of impunity has continued and spread in the context of right-wing extremism in the democratic system. That, in fact, is the actual problem.

The AfD (Alternative for Germany party), which won 24% of the votes in the Thuringia state elections on October 27th, can be seen as the political arm of the right wing extremists, and it is not to be trusted, when the political party denies having anything to do with the violence, after it’s long record of rhetorical incendiaries. Antisemitic remarks have also been voiced repeatedly from the ranks of the Austrian FPÖ, alongside denials that such antisemitism is part of an ideological system. Such denials are implausible and can barely hide the Nazi-friendly attitude of the FPÖ und AfD representatives.

Anti-fascist initiatives and archives have extensive research material. It is thanks to them that everything can not be swept under the carpet. These initiatives, such as “indivisible” or “we are the many,” make it clear that they oppose xenophobia. In August 35,000 people marched for this cause in Dresden, under the leadership of these initiatives. Citizens demand that the right-wing arsonists and their spiritual fathers and mothers be closely watched by police investigations in order to protect the citizens. Flirting with neo-Nazi ideas is not only tasteless, but in view of the brutality of this milieu, as we just saw it again in Halle, the beginning of the end for a liberal, tolerant and plural society.

The following text was written and published by the “Unraveling the NSU Complex”, [NSU Komplex Auflösen], a loose network of Germany-wide political activists, artists and academics seeking to mobilize against racism, to support victims and affected people, and to organize resistance against right wing terrorism following the internet streamed terror attack on a Synagogue and a Döner Bistro in Halle on the holiest day of the Jewish year, Yom Kippur, 10.10.2019. I.D.

This Right Terror Threatens Us All

We send our solidarity and compassion to all those affected by the attacks in Halle, their relatives and the Jewish community. Indeed, as these events have once again revealed, antisemitism and racism are inextricably linked in neo-Nazi ideology. Murder is inherent in the right’s agitation. What must yet happen for Nazis in this country to finally be disarmed?

The attack on the synagogue in Halle stands for centuries-old antisemitic hate in Germany, which does not wane, and threatens Jewish life wherever it reaches public visibility. The racist murder at the Doner Kebab shack is reminiscent of the NSU murders. It is directed against the all of society, which includes Jews.

Few hours after the crime, investigators routinely assume a “lone killer”. Yet the attacker refers to an international network and role models such as the assassins of Christchurch and Pittsburgh. The history of neo-Nazi terror has shown beyond doubt that there are no right-wing “lone killers”. Rather, the perpetrators identify as part of a “network of comrades” – according to the NSU’s self-description – the members of which refer to each other worldwide in their attacks, and thus, encourage each other to become active. And at the very latest, since the events of Chemnitz, this network feels itself to be on the offensive.

The perpetrator is not alone in his antisemitic delusion either. For a long time, antisemitism has been firmly anchored in German society and has various forms of expression: conspiracy theories, the unspeakable desire for a “final stroke” in the politics of memory surrounding the Holocaust, the ethnicization and outsourcing of antisemitism as a problem of “others”, the transfiguration and denial of the involvement of grandparents and great-grandparents in National Socialism. Antisemitism and racism are at work in our institutions, in our parliament, in public administration, the security apparatuses, in schools, on streets, in pubs, at the kitchen table — and still remain unchallenged far too often.

Those who speak of a single perpetrator in these cases deny antisemitism and racism as social and structural problems affecting the whole of society and prevent the critical fight against them. This stance also ignores the history of antisemitic violence, which has always been an important dimension of legal terrorism in Germany since 1945. The list of antisemitic terrorist attacks and their victims in Germany is long and largely unknown. Representatives of many more, we remind you of:

– 1992: Murder of Auschwitz survivor Bianka Zmigrod by John Ausonius, known as “Laserman”. Possible anti-Semitic motives were faded out in the process and hardly discussed in public.

– July 2000: Terrorist attack in Düsseldorf-Wehrhahn: six Jewish language students, a total of 10 people, were seriously injured. A suspected neo-Nazi was acquitted in 2018, the crime is still not fully solved.

– 2003: Preparation of an explosive attack on the laying of the foundation stone for a Jewish cultural center in Munich by Martin Wiese of the entity “Kameradschaft Süd”.

Early in 1997, a letter bomb imitation with an accompanying letter was found at the police headquarters in Jena. The letter stated, among other things, that in “FIGHT YEAR 97”, for the chairman of the Central Council of Jews in Germany, Ignatz Bubis, it was “ON!!!”.

In December 1998, a bomb attack – unresolved to this day – was carried out on the grave of Heinz Galinski in Berlin’s Heerstraße. According to a note of the Federal Criminal Police Office dated 25th of April 2012, “the address of Berlin’s Jewish community” in Heerstraße is listed in the address list “from the residential property Zwickau”.

The crime in Halle is an expression of the continuity of the NSU complex and the ongoing impunity of neo-Nazi violence.

This ignorance includes the fact that Federal President Walter Steinmeier publicly declares that such an act has “no longer seemed conceivable in Germany”. Such a statement mocks the justified fears and experiences of Jews who are confronted with antisemitism on a daily basis. Further, it reveals the tremendous gap between words and deeds – between abstract confessions against antisemitism and racism, and the actual perception and struggle against their everyday violence. Finally, this statement represents a misplaced anticipatory protection of security authorities, who did not deem it necessary to protect Halle’s synagogue – contrary to the demand for protection by the Jewish community.

… a rendering visible of the continuity of right-wing terrorism since 1945 and a clear elaboration of its manifold motivations: racist, antisemitic, antiziganist etc. as well as their close kinship.

… an investigation of the networks and structures in which legal terrorism is embedded. State institutions must be taken into account.

… the disarmament of neo-Nazis. The militarization of the right-wing scene must urgently be brought to an end.

… the arrest of those almost 500 fugitive neo-Nazis in Germany, who are wanted with an arrest warrant. Are they even investigated?

… an independent commission of inquiry into the history of antisemitism and antisemitic violence in Germany.

… an independent review of antisemitism within the ranks of committees of inquiry into the NSU.

… committed guarding of all Jewish institutions by the security forces in consultation and cooperation with those threatened by antisemitism.

… a thinking together of and a common fight against antisemitism and racism. Those affected by either must not be played off against each other.

Esther Dischereit writes in many genres including fiction, essays, and plays for radio and the stage. Her poetry was published in the United States by Dimensions, the Posen Library of Jewish Culture and Civilization, the Bitter Oleander, No Man’s Land, World Literature Today , and others. She lives in Berlin.

Irit Dekel is an Assistant Professor of Germanic Studies and Jewish Studies at Indiana University, Bloomington.