What made the success of this year’s peacecamp, the ninth of its kind, were the extensive preparations made by all participants, the pictures and posters they brought with them about their own personal family history, and about chapters of contemporary history that made the connection between all four groups participating in the peacecamp – Palestinian, Israeli, Austrian and Hungarian. 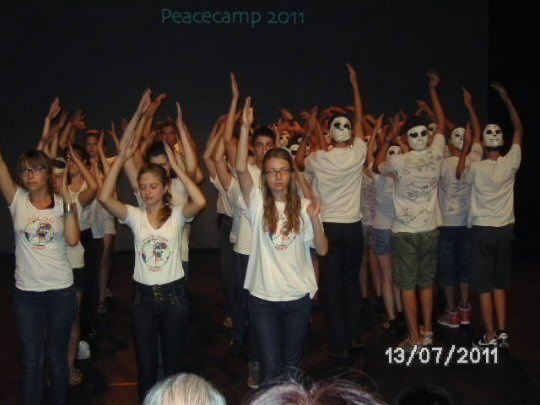 Two big blocks history4peace dealt with analyzing both narratives of the Palestinian-Israeli conflict on one hand, and Europe’s involvement in, and possible contribution to this conflict on the other. A third history4peace session held at the nearby former border between Austria and today’s Czech Republic offered opportunity to look at the issue of borders and frontiers between people and nations and at the tremendous changes which led to the fall of the Iron Curtain and to the reunification of a divided Europe into a growing shared project, the European Union.

Documentation of personal family histories allowed to make a link between history and personal experience and to develop some understanding for the complexity of political issues and individual, personal agendas. 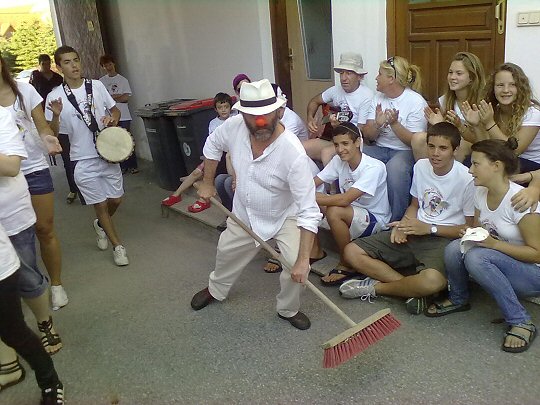 Daily analytical large-group sessions offered an opportunity to explore and to share deeper emotions, feelings and unconscious attitudes and to develop some understanding and empathy for the pain and suffering in each one of us and in others.

In both – history-4peace as well as large-group workshops led by Silvio Gutkowski – attention was turned to developing the capacity to listen, as opposed to the desire to be heard. Former Israeli Ambassador Ilan Baruch led challenging political debates between representatives of the Israeli and the Palestinian groups, while the Austrian historian Markus Priller chaired discussions triggered by the pupils‘ presentations of selected historical as well as contemporary issues of Austrian and Hungarian society.

These workshops, attended by adults as well as adolescents of all groups gave peacecamp 2011 a new dimension of wholeheartedness and sobriety. All were impressed with the dedication and motivation with which the young participants engaged in the process, with their willingness and aptitude to analyze and to share, but also with the possibility to confront, but to also cooperate with and befriend one another.

Four artists/art therapists helped processing these issues in creative and pleasurable modes, which led to two remarkable performances at the end of the encounter – the street festival show4peace/Reibers and show4peace/Vienna in the prestigious theatre Dschungel/MuseumsQuartier in Vienna.

All participants parted with tears in their eyes, convinced that they had hard-earned the document “Ambassador of Peace” they carried with them on their way home.

“I came never as close to a Jewish person”, said one of the Palestinian participants at the airport; another participant wrote: “I wish for each and every one to be able to experience this beautiful, sometimes painful, always wonderful event that changed my way of thinking for ever”.

You will find an extensive documentation of peacecamp 2011 in YouTube: