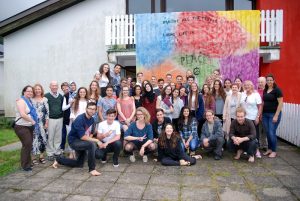 peacecamp 2016, the fourteenth of its kind, included 37 teenagers – Jewish and Arab Israelis, Hungarian and Austrian, a small group of youngsters seeking asylum in Austria – and 16 adults experts in art-therapy, psychotherapy, group- and trauma therapy. Amongst these there was not one person who did not know what trauma was from his or her own personal experience, or from the experience of a person really close to them…

peacecamp brings together teenagers and adults from different parts of the world for a ten days’ encounter in a remote place in the Austrian mountains; here, they learn about each person’s personal identity, about their culture and religion and about actually prevailing social, political or other issues relevant to this group within each one’s life context. Here, they develop modes of coexistence based on solidarity, cooperation and empathy and on the understanding of each group’s narrative and perception of reality. Here they try to break away from a self-perception as victims, from blaming and accusing the respective other for whatever suffering and pain each one of them is enduring and to assume ownership and responsibility over their life. Here they learn to tell their stories and to respectfully listen to the stories of others, trying neither to judge nor to blame, because none of them, even though having had to endure in recent the past or enduring now a great deal of suffering, is not the author of the script history wrote for them.

They shared and learned about fates and blows of others, coming to the conclusion that there is suffering beyond their own; they learned that life had written for them scripts difficult to live through, but that they could now, in the present and the future, make their own choices and take ownership over new chapters and new developments of their lives.

A 16 years old “princess” from Aleppo will never forget the moment her mother locked their house before they went on a journey which brought them to a reception camp in Vienna; a 16 year old Afghani is not bothered any more by his mother waking him up to school – he came alone the whole long way and has no mother to wake him up and no school to attend right now. A young unaccompanied Somali refugee has no mother to ask what she is cooking; he left home alone, when 13 years old and is now 16, waiting for asylum. They learned about the fears of Israeli teenagers afraid of being stabbed on their way to school, about Arab teenagers feeling offended by such fears and by Israeli’s precautions against them. 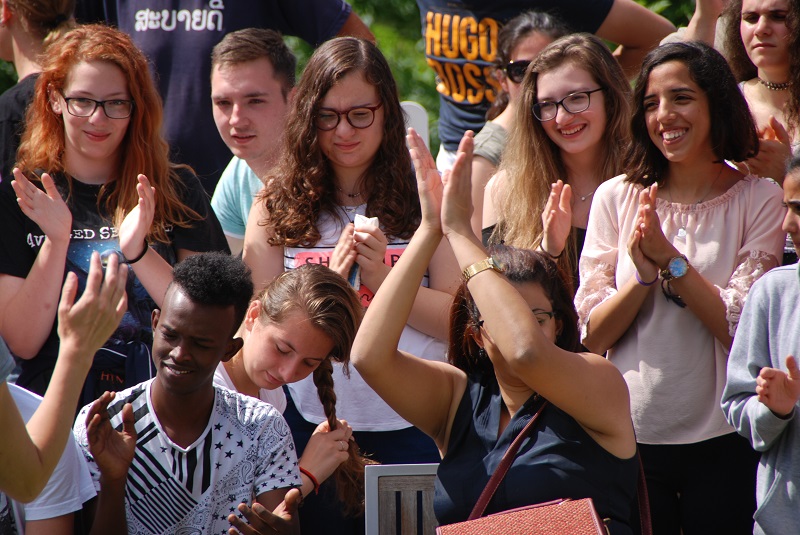 They were asked in different workshops and settings what the word “peace” meant to each of them, what obstacles were standing in its way, but mainly, what they themselves could contribute to a more peaceful, to a less violent world which would be more welcoming, more safe and more rewarding to themselves and the people around them.

Ten days of debates, of games, of music, dancing and trying out new ways to cope with, and resolving tasks and problems proved that it is indeed possible to find ways of cooperation and of shared creativity, even if existing conflicts and problems still remained unresolved. That one could leave these problems unresolved as they were for the time being, and nevertheless find modes of shared action, leading to impressive results which can be shown to, and appreciated by others. And so, in only ten days of shared creativity it became possible to arrange a show4peace and to go on stage in a real theatre in front of a large audience puzzled and surprised to witness the results of joint, reflective, creative, artistic action. 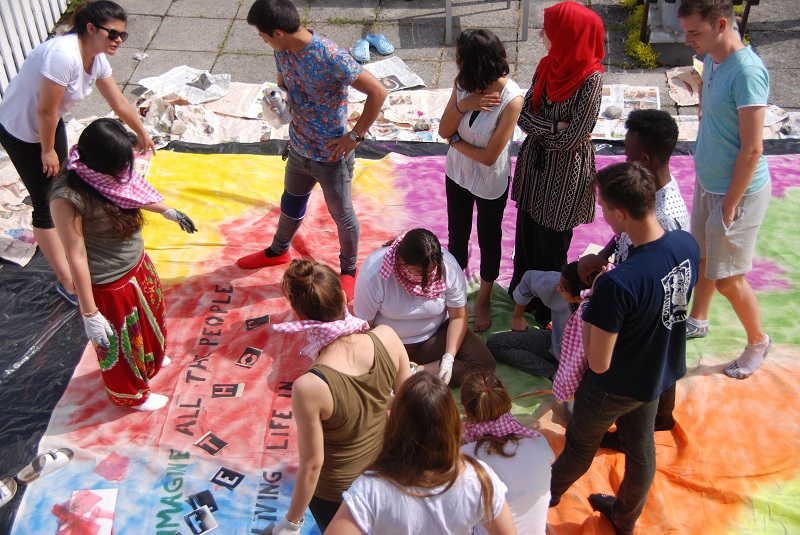 All went home as “ambassadors of peace” with the mission to bring to wherever they had come from some of what they had learnt and taken with them from the experience peacecamp.

This project is co-funded by the European Union